AVAILABLE AT LOCAL BOOKSTORES
The Story of Friends of Chatham Waterways: Decades of Dedication by the late Robert D. B. Carlisle
Photo Editor: Gordon Zellner

A compelling account of how one organization of committed volunteers can help assure a high Quality of Life for all of a town's citizens.

THE STORY OF FRIENDS OF CHATHAM WATERWAYS: Decades of Dedication

The book chronicles a history of what took place in the first two decades after FCW was incorporated. Rob Carlisle, at the time a FCW Director, captures the volunteer spirit of the board and conveys their dedication to working on Town projects at monthly meetings. Carlisle spent his life’s work honing his writing skills. He had six Cape Cod books published before spending two years on the FCW Story.

Lew Kimball, a former director captures the book: “The importance of this book lies not in the details of successes and failures alike, but in its affirmation of the importance of enlightened volunteerism. From its start as a neighborhood reaction to a proposed inappropriate shoreline development, to its present status as Chatham’s most vigorous community organization devoted to conservation and controlled development, FCW exemplifies and illustrates what can be accomplished when concerned townspeople pool their talents, energies and vision for the betterment of their community.” 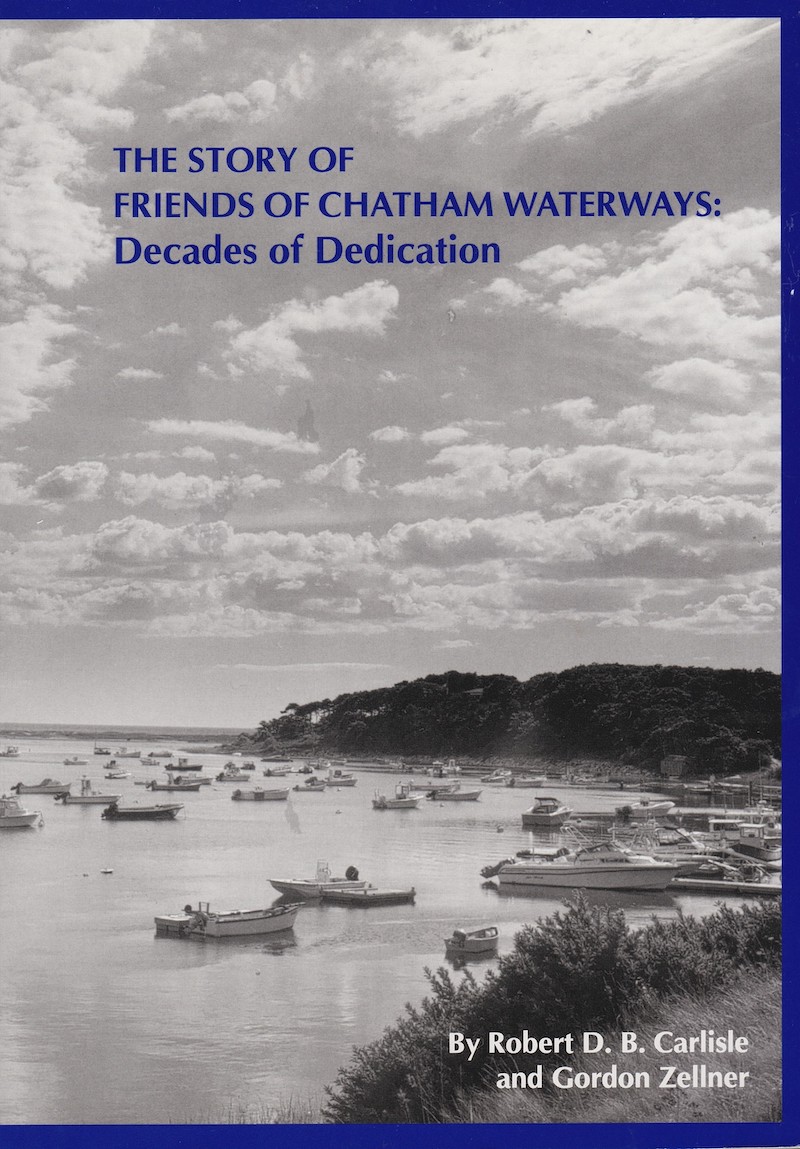 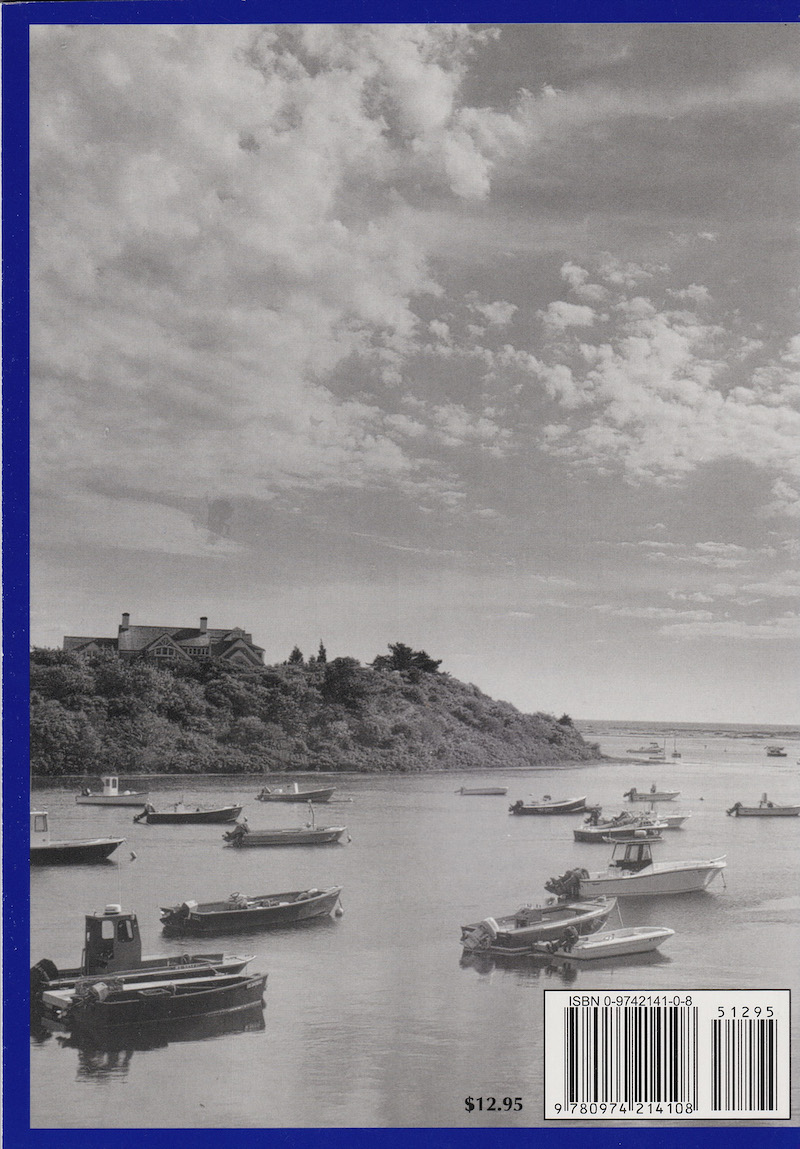 When we think of Cape Cod, we think of water. Water dominates our landscape and our history. The region’s landscape was shaped by multiple glacial ice ages. Humankind’s history on the Cape traces back through the Monomoyics and Wampanoag Tribes to over 10,000 years ago.Archaeological evidence of shoreline campsites, extensive shell mounds and water-centered legends attest to the central importance of water in the lives of the Cape’s first inhabitants.   Early settlers from Europe built their villages around harbors or along freshwater streams that provided water for livestock, shallow wells, and dams that harnessed the water’s energy for mills. Like the Native Americans, they depended heavily on fish and shellfish harvested from the freshwater ponds, estuaries and the ocean. In later years, marine commerce, fishing, boat building, and whaling became the Cape’s economic mainstays. Chatham has 66 miles of coastline, one of the longest in the Commonwealth.  Perhaps the single most obvious and widely cherished feature of our waterways is their beauty. Our many embayments, tidal rivers, marshes, freshwater ponds, and beaches all have their own character and natural beauty. 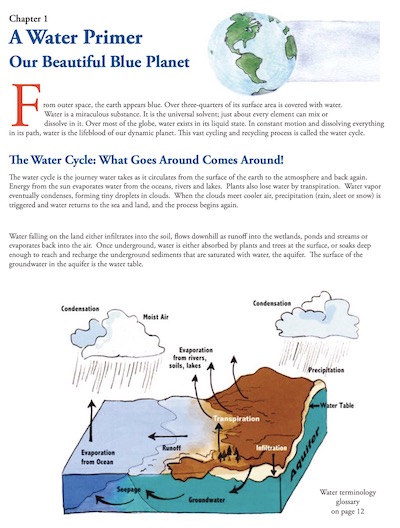 The Friends of Chatham Waterways - Pond Study Group - inspired this second 2015 edition of The Green Pages. The purpose is to increase reader’s ability to identify invasive plants growing in Chatham ponds and landscapes and to further the effort to control or destroy these invasive plants. Both knowledge and action are key elements in mitigating the spread of these harmful plants. This printing includes information about why planting native trees and shrubs is a win for Chatham residents and our environment. In the summer of 2014, pond stewards collected water quality data from Stillwater, Lover’s, andEmery, White, Schoolhouse and Barclay ponds. Stewards will continue recording data so that historical comparisons can be made. Recommended best practices and readings that promote protection of our natural environment are also included. FCW hopes that all who love the natural beauty of Chatham will promote environmentally friendly ways to design and care for their landscape. This booklet is meant to be a helpful reference guide to expand your knowledge regarding actions you can take to help maintain the health of our fragile environment. 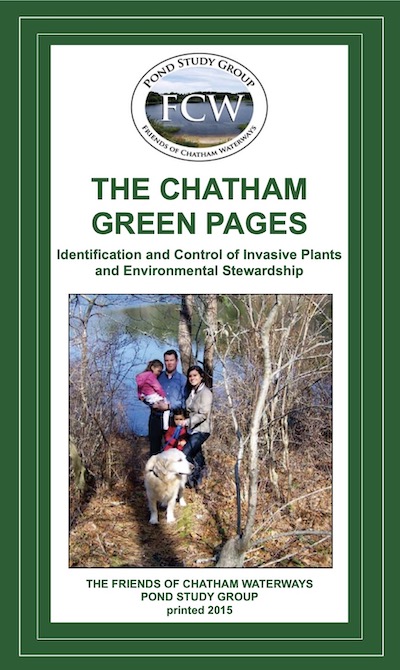 Friends of Chatham Waterways joins in celebration of Chatham’s Tercentennial by publishing this collection of sketches, maps, charts and photographs depicting a story about Chatham waters and shorelines from Chatham’s beginning to the present.

This pictorial account of the Town’s waters and shorelines, going back over 400 years, reinforces our present-day experience of shifting sands, shoaling, of new and closed inlets. Readers will see patterns and repetitions that may guide us in suitable actions.

This booklet is being distributed to all Chatham households because it is not only the shore side residents who have interest in and impact on our waterways; it is all of us who live in Chatham 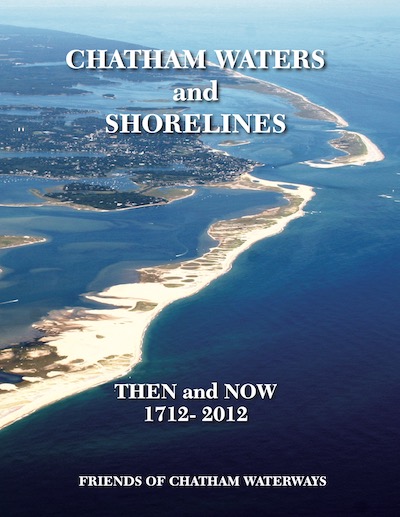 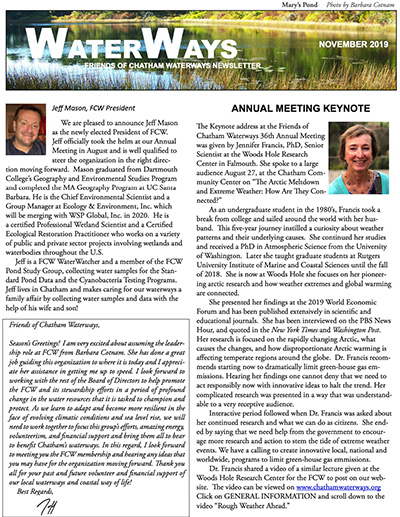 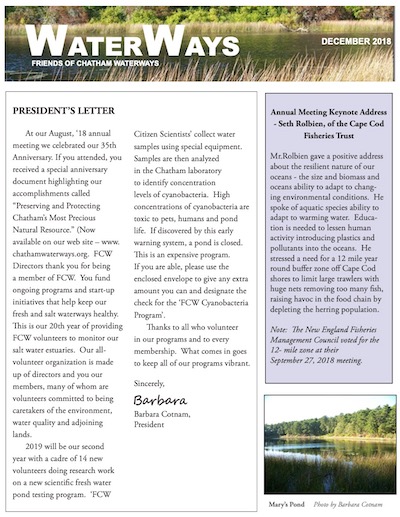 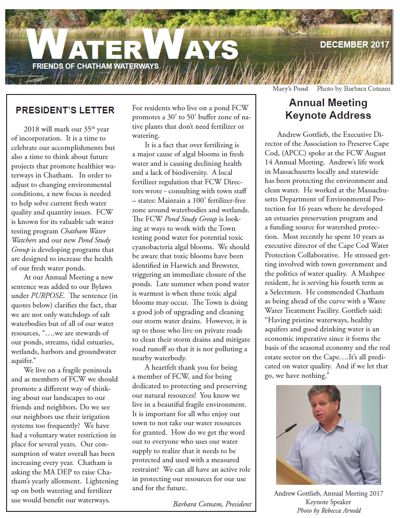