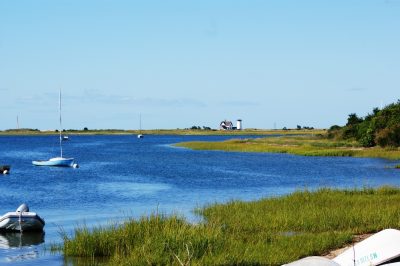 George Olmsted launched the Captain’s Award in 2001. The award is to honor individuals, groups or organizations for distinguished service in protecting and preserving local waterways and adjacent lands.  Directors are to nominate a recipient to the BOD and a decision by the board needs to be made by June each year. The recipient is kept secret until announced at the August FCW Annual Meeting.

The original 2001 plaque had no extra space for the 2018 recipient.  Robert K. Stello, President of Stello Construction Enterprise donated the new large wooden plaque and transferred the Navy Shoulder Board, FCW logo and original brass name plates.  The plaque hangs outside the Town Manager and Selectmen’s office in the Main Street Town Hall.

The 2018 Captain’s Award recipient was Walter Butler, PhD.  He retired to Chatham with his wife Marie and family in 1997.  Walter became a FCW Director in 2001, where he served for many years as Treasurer and Vice President with distinction.  He established a Communication Team that helped pass zoning bylaw changes.  He was Chairman of the Conservation Commission and helped facilitate wetlands protection bylaws.  He helped write Article II, which is written to protect Chatham from unintended growth that can result from sewering the town.  He also helped produce Chatham’s Wastewater Management Plan.

Walter passed away on January 19, 2019, he will be sadly missed by his wife, family, colleagues and many friendships he made during his 22 years in Chatham.  Walter was born in Ireland and graduated from Trinity College in Dublin with honors in Electronics Engineering. Prior to graduation he had spent time in the states where he joined the U.S. Navy where he was trained to be an Electronics Technician.  After graduation from Trinity he was awarded an appointment as Faculty Research Fellow at McMaster University, in Canada. There, he continued with his education, earning a PhD. He worked at GE’s Corporate Research and Development Laboratories in Schenectady, NY for much of his career.  He also was employed at the Lockheed Martin Aerospace Corporation where he retired as Vice President and General Manager of the corporation’s Microwave Electronics Department.

Presented by Friends of Chatham Waterways to honor distinguished service in the protection and preservation of Chatham’s waterways and neighboring lands. The Captain Award plaque hangs in Chatham Town Hall to the left of the door to the Selectmen’s office.

The Captain Award plaque hangs in Chatham Town Hall to the left of the door to the Town Manager and Selectmen’s office. A suitable memento is provided for honoree(s) to retain. 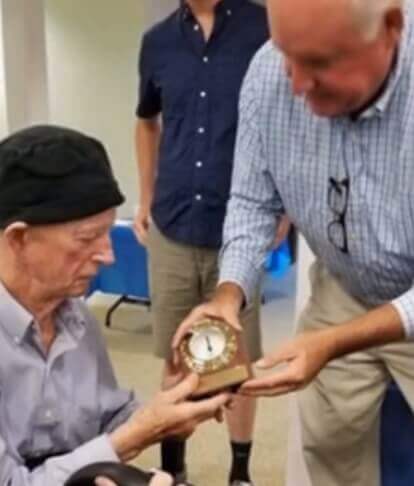